As a result of the company’s commitment, the investors are withdrawing a resolution they filed for the 2018 proxy calling for the review. 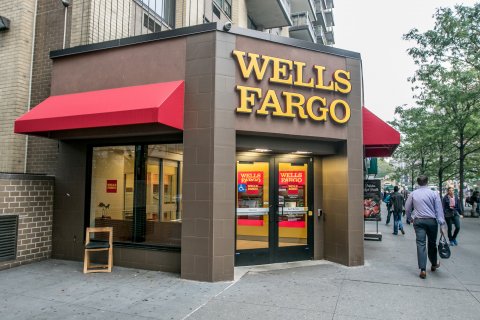 Members of the Interfaith Center on Corporate Responsibility and investors in Wells Fargo announced on March 6, 2018 that the company agreed to publish a Business Standards Review to investigate the root causes of systemic lapses in governance and risk management that have led to ongoing controversies, litigation and fines. As a result of the company’s commitment, the investors are withdrawing a resolution they filed for the 2018 proxy calling for the review.

Sr. Nora Nash of the Sisters of St. Francis of Philadelphia led the engagement with Wells Fargo, along with 22 other co-filers who are members of the Interfaith Center on Corporate Responsibility, a shareholder coalition that has been engaging the top seven U.S. banks on controversies around risk, ethics and culture for several decades. ICCR members were joined in the filing by the Offices of the Treasurer of the States of Rhode Island and Connecticut.

The resolution has been in the proxy each year since 2014 as investors have grown increasingly concerned about a series of ethical breaches which culminated in the historic fines leveled by the CFPB in the fall of 2016 for widespread fraud involving the opening of millions of unauthorized accounts.  Investors have expressed their desire that Wells Fargo make amends for the emotional and financial tolls their past practices and aggressive sales culture have taken on home owners, retail customers, employees and communities.

According to Sr. Nora, “ICCR first requested this review in 2014 when Wells Fargo came in last in a benchmarking survey on risk management, responsible lending and other metrics.  With each new scandal and penalty as a result of aggressive cross-selling, car loan insurance issues, and mortgage fraud, we tried to impress upon management the need for a comprehensive review that will lead to systemic change. We are encouraged that they are finally agreeing to take this first step towards what we hope will be authentic reform.”

Wells Fargo has agreed that the Business Standards Review will include the following six elements:

1.       Analysis of the impacts on the bank, its reputation, customers, and investors of the continuing scandals;

2.       Identification of the systemic cultural and ethical root causes of recent scandals, including at the board level;

3.       A framework to address the issues and embed systems throughout the company, including changes already implemented, establishment of grievance mechanisms, and plans to strengthen corporate culture and instill a commitment to high ethical standards at all employee levels;

4.       Key performance indicators to evaluate the effectiveness of changes instituted over time;

5.       A commitment to ongoing and regular disclosure of progress;

6.       Description of how the identified issues will be factored into employee and executive incentive and compensation decisions.

Investors are strongly suggesting that Wells Fargo include a human rights dimension in the development of this Business Standards Review stressing that most controversies could have been avoided if they had been considered from a stakeholder perspective. Investors are also urging the bank to end its practice of forced arbitration as a distinct part of this process, given extensive evidence that handling consumer claims individually and in secret hides misconduct from shareholders and the public, and hampers efforts to hold Wells Fargo accountable.

Said Mary Beth Gallagher of the Tri-State Coalition for Responsible Investment, “Addressing each of these elements will be essential to reduce risk, rebuild trust and demonstrate integrity.  We are especially keen that this report not be a ‘one and done’ project, but is embraced as the first step in an ongoing process that is transformative for Wells Fargo. The degree to which they welcome external stakeholder input will provide additional evidence of their commitment to this process.”

In their conversations with Wells Fargo, the investors have further stressed the importance of a company-wide review including the participation of the leaders of all business units.

Michelle de Cordova of NEI Investments said, “As an international investor, we value engagement collaboration with U.S. colleagues to address environmental, social and governance risks within our holdings, and this positive outcome demonstrates the value of the shareholder proposal process. Looking ahead, we believe meaningful participation of each of the company’s business functions in the review is essential to uncover the roots of the lapses within the bank’s ethics and culture, and prevent reoccurrence.”

“Investors and customers deserve information on the culture at Wells Fargo which allowed systemic fraud to occur over the years, and what the bank is doing to ensure ethical behavior throughout its lines of business,” said Rhode Island General Treasurer Seth Magaziner. “By engaging with investors, and subsequently agreeing to publish a comprehensive business review, the company is taking incremental steps toward reform and re-establishing trust with stakeholders.”

The investors will remain in regular dialogue with Wells Fargo throughout the review process which is expected to end with a report before the end of the year. The company will be seeking further input for the review from the Stakeholder Council Wells Fargo established in December 2017; Sr. Nora Nash is a member of this council.

About the Interfaith Center on Corporate Responsibility (ICCR)
Celebrating its 47th year, ICCR is the pioneer coalition of shareholder advocates who view the management of their investments as a catalyst for social change. Its 300 member organizations comprise faith communities, socially responsible asset managers, unions, pensions, NGOs and other socially responsible investors with combined assets of over $400 billion. ICCR members engage hundreds of corporations annually in an effort to foster greater corporate accountability. www.iccr.org