Since its inception in 1971, ICCR’s members have worked with companies to eradicate human rights abuses in their operations and global supply chains.

This systematic approach helps shape our members’ engagements with corporations on human rights.

Forced Labor in Xinjiang Uyghur Autonomous Region. Since 2017, the Chinese government has placed an estimated 1.8 million predominantly Uyghur and other Muslim minorities in detention camps, prisons, and factories in the Xinjiang Uyghur Autonomous Region. ICCR has joined the Call to Action endorsed by over 200 organizations which calls for apparel brands to stop sourcing from the Uyghur region in China due to the near certainty of forced labor, and to create a plan for disengagement of all business relationships with connections to this region during a one year period.

Increasing Covid-19 Protections for Meat Workers. In May of 2020, ICCR released a joint statement endorsed by 118 institutions with $2.3 trillion USD in combined assets that highlighted risks to workers in the meat sector due to the COVID-19 pandemic, and contained specific recommendations to help safeguard all stakeholders, workers, and their families and communities. Our recommendations include:

Investor Letter to 43 Apparel & Footwear Brands Urging then to Safeguard Workers During the Pandemic. Workers in the apparel and footwear sector have been especially squeezed during the pandemic as global brands cancel and/or reduce previously confirmed orders and, in some cases refuse or delay payment for already completed work. Migrant workers are particularly at risk. Investors have sent letters to the 43 apparel and footwear brands named in KnowTheChain’s December 2018 report on forced labor risk, asking them to take 4 key steps to protect Bangladesh's garment workers.

This paper includes a brief summary of the California Transparency in Supply Chains Act, the business case for compliance, shareholder expectations, and the key elements of a comprehensive human rights due diligence framework. 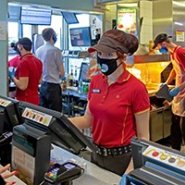 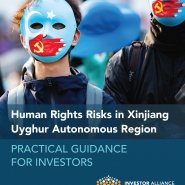 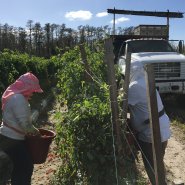 The Importance of Responsible Recruitment In Assessing Modern Slavery