We are proud to share the 2022 edition of Catalyzing Corporate Change - our annual end-of-season report. 2022 was a record year for our coalition, as filings by our members rose to 504, the highest number ever recorded, up sharply from 307 in 2021.

For a complete look at ICCR member successes during the 2022 proxy season, we invite you to download Catalyzing Corporate Change here.

Despite restrictive changes to rule 14a-8, our members filed nearly 200 more resolutions than last year. 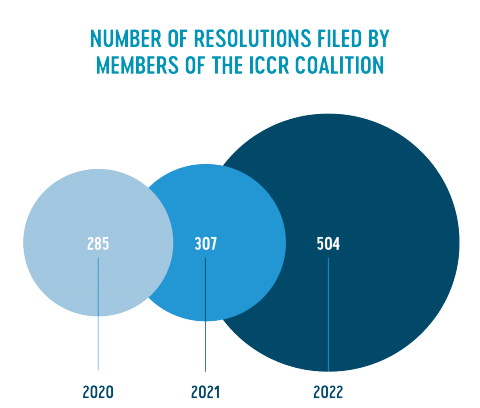 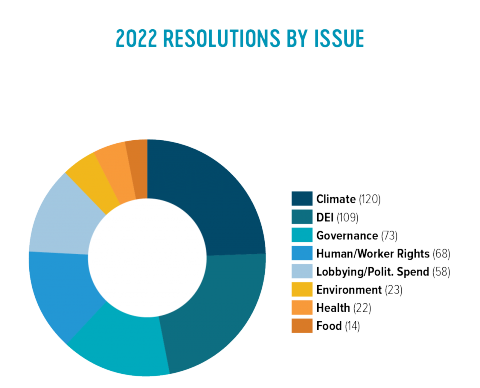 42% of all resolutions went to a vote, while 34% (175 proposals) were withdrawn for productive agreements. ICCR members once again won the vast majority of their SEC challenges. 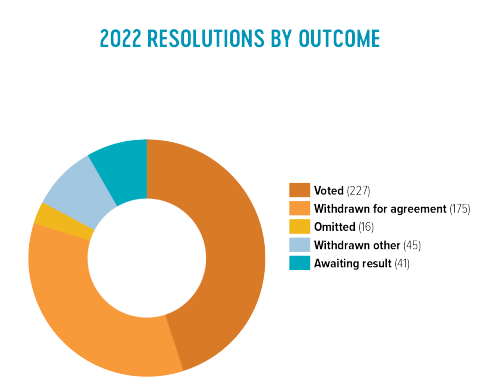 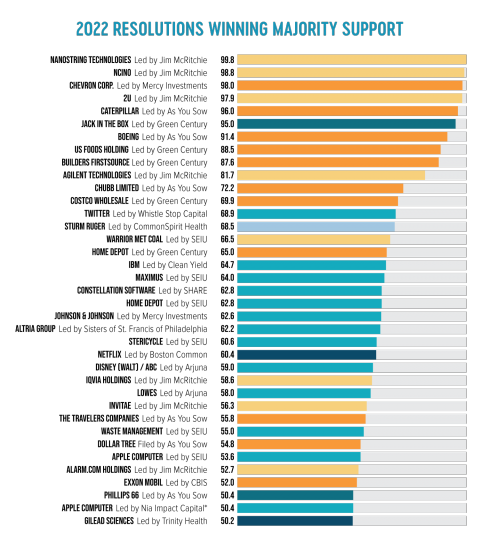 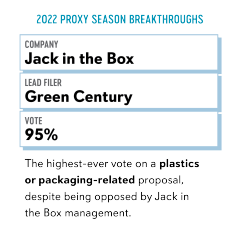 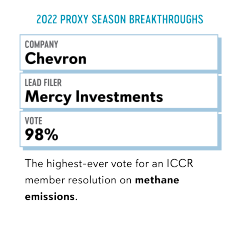 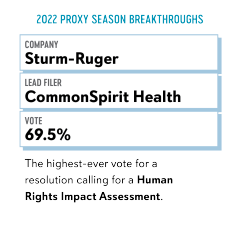 Looking for our 2023 Resolutions?