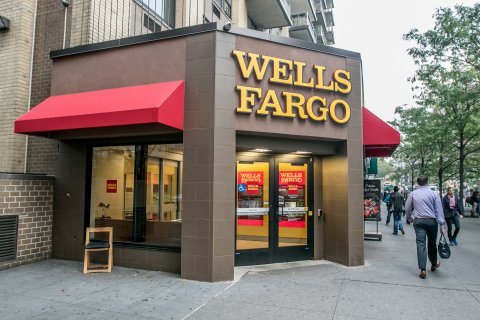 On 4/24/17, ICCR held a press conference on Wells Fargo - listen to the recording here.

As a result of fraudulent activities  uncovered by the Consumer Financial Protection Bureau (CFPB) last fall, ICCR members filed a resolution requesting a Review and Report on Business Standards including an analysis of the impacts the current scandal will have on customers, operations, reputation and shareholder value . Wells Fargo reported a $185 million settlement with the CFPB due to widespread and systemic illegal acts of consumer fraud, including setting up two million deposit and credit card accounts for customers without their permission. The action follows other enforcement actions against the Company, including a 2012 settlement with the Department of Justice for $175 million over the “discriminatory steering” of African American and Hispanic borrowers into high cost loans. Investors argue these costly settlements are symptomatic of deeper oversight and ethical failures and are calling for the implementation of governance and risk management processes to address them via several resolutions sent to the company last Friday.

Said Sr. Nora Nash of the Sisters of St. Francis of Philadelphia, “At our meeting with Wells representatives last December, we pressed for disclosure and we were denied the truth. Now we are confronted with painful accounts of fraud including some 80,000 customers in Pennsylvania alone. As shareholders and customers ourselves we feel betrayed and have no choice but to call for a full review of business standards through this resolution which we hope other shareholders will support.”

ICCR members have been engaging Wells Fargo since 2001 on predatory and discriminatory lending practices including “payday” loan products and the marketing of credit cards to subprime consumers. In 2013, the group conducted a survey of the top seven banks benchmarking their performance in four key areas: risk management; responsible lending; executive compensation and the purchasing of influence via lobbying and political contributions. Of the seven banks, Wells Fargo was ranked last with a particularly low score for responsible lending. As a result, ICCR members advocated for a business standards review in a “floor” proposal at the 2013 AGM but withdrew it when the board agreed to conduct the review: shareholders say a comprehensive review that answered their concerns was never produced.

The company has since issued a report detailing the results of an investigation into the lapses that led to the scandal in its retail banking sector. Investors believe the scope of the ethical problems the company is facing are much broader than just this isolated retail banking controversy. Further, they will be focused on indicators the board will be monitoring to track the bank's rehabilitation - and how will that information be disclosed to shareholders.

The resolution won just over 22% of the vote at the company's annual meeting on April 25th in Jacksonville, FL.

Why investors should support ICCR's resolution at Wells Fargo

In this podcast, PRI interviews Sr. Nora Nash on why a Business Standards Review is so needed at Wells Fargo
>>