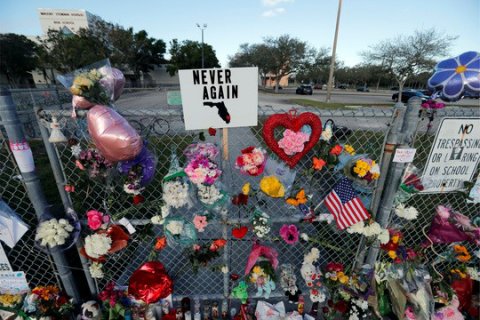 The proponents represent several faith-based organizations that have deep concerns over escalating gun violence in the U.S. and are seeking engagements with gun makers to find ways to mitigate the harm associated with gun products.

While most religious organization have investment guidelines that screen out weapons manufacturers, the groups have purchased stock in both companies for the expressed purpose of opening a dialogue with management around these concerns.

The organizations are members of the Interfaith Center on Corporate Responsibility (ICCR), a coalition of institutional shareholders including many faith-based groups that advocate for improved corporate performance on a variety of social and environmental concerns. The manufacture of arms used for war was a founding issue for ICCR members nearly 50 years ago and engagements on this theme endure to this day.

In light of multiple mass shootings in the past year including last week’s tragic school shooting in Parkland, FL, investors say the request outlined in their proposals becomes increasingly relevant.

Sr. Judy Byron, OP representing the Sisters of the Holy Names, lead filer of the resolution at American Outdoor Brands, said, “For almost 300 years Catholic Sisters have educated and nurtured our children in the safety of our schools. Today we chose to hold shares in American Outdoor Brands and Sturm Ruger so that we could engage them in dialogue on the critical role they can play in addressing the epidemic of gun violence in our country, and sadly in our schools. We are eager to hear what these companies are doing to ensure the safety of children and communities whose lives may be at risk as a result of their products.”

The resolutions ask the companies to report on their activities related to gun safety measures and the mitigation of harm associated with gun products, including efforts to research and produce safer guns and gun products, and to assess the reputational and financial risks they face from gun violence in the U.S., specifically:

· Evidence of monitoring of violent events associated with products produced by the company;

· Assessment of the corporate reputational and financial risks related to gun violence in the U.S.

The Gun Violence Archive’s recent research found gun homicides up 12% and gun injuries up 50% year-after-year from 2014 – 2017. Further, an estimated 1.69 million children live in a home with firearms according to research published in the Journal of Pediatrics. Research in the Archives of Pediatric and Adolescent Medicine found 29% of parents with children 12 years or younger and 42% of parents with children ages 13 to 17 have unlocked firearms in the home.

Colleen Scanlon of Catholic Health Initiatives who filed a resolution at gun manufacturer Sturm Ruger said, “As a large national health system, we see the devastating impact of gun violence in our hospitals on a daily basis. This is a public health crisis that affects the health and well-being of all of our communities, and comprehensive efforts to focus on gun safety should be a top priority for this nation. We believe manufacturers of guns must be part of the solution and for that reason we will continue to seek a productive dialogue with Sturm Ruger.”