Shareholders withdraw resolutions at CMS and WEC based on commitments to publish climate risk assessments. 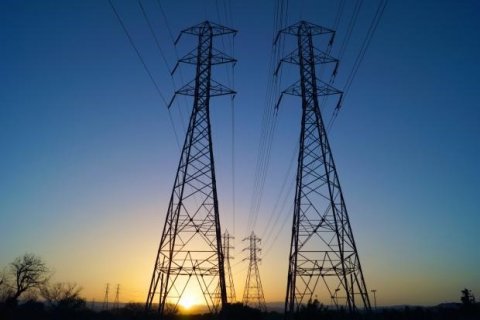 Shareholders announced on February 28 that they have withdrawn resolutions filed for the 2018 proxy at mid-western utilities, CMS Energy Corporation and WEC Energy Group as a result of commitments the utility companies have made to publish climate risk assessment reports.

The investors were satisfied that both companies agreed to the main demands of the proposal.  Specifically, both companies promised to publish an assessment of the long-term business impacts of limiting global warming to under 2-degrees Celsius, as adopted by the Paris Climate Agreement.

The shareholders are members of Seventh Generation Interfaith (SGI), a Milwaukee, WI-based coalition of faith-based institutions and values-based asset managers that has been a leading voice on the risks of climate change for decades. As members of the global coalition the Interfaith Center on Corporate Responsibility, they have engaged a host of companies across a range of sectors.

Apart from the enormous threat climate change presents to planet and people, investors make a strong business case for climate action, particularly as utilities are high emitters of the greenhouse gases seen as responsible for climate change.

"These two utility companies are climate leaders in the Midwest,” said Frank Sherman, Executive Director of SGI. "They recognize that market forces and their customer base are pushing them to exceed federal climate regulations and state renewable portfolio standards. Although they are big companies, utilities have a very local focus and are highly dependent on the social license granted by the communities where they operate."

In identifying current and future climate risks, investors say the companies will be better positioned to adapt to regulatory, technological and market changes. Two-degree scenario planning is critical to the electrical utility sector given the long time horizon of their capital spending plans. The sector’s flexibility in production fuel mix enables utilities to be a major contributor to the Paris Climate targets. A similar resolution was filed last year at oil and gas giant Exxon Mobil and received majority shareholder support.

In 2015, CMS was the 21st largest emitter of CO2 among power generators in the U.S. but made significant progress in emissions reductions by recently retiring 7 of its 12 coal plants. Shareholders requested that the company publish an assessment of the long-term impacts on the company’s fuel mix and capital expenditure plans aligned with a two degree scenario.

Sr. Ruth Geraets of the Sisters of the Presentation of the Blessed Virgin Mary of Aberdeen SD who led the filing of the resolution at CMS said, “My congregation is concerned about climate change and the critical need to reduce greenhouse emissions because our mission calls us to care for creation. As long-term shareholders in CMS, we believe having a strategy in place to meet climate challenges head-on will improve CMS’ competitive position over the long term. We were pleased to see CMS step up to this challenge with its recently announced clean energy breakthrough goals.”

WEC Energy Group is the 22nd largest energy utility in the U.S., but the 13th largest emitter of CO2 by intensity. WEC has a 2030 GHG reduction target but does not currently provide sufficient information on its long-term strategy or plan to decarbonize in ways that are consistent with a 2-degree scenario. In filing the resolution, the investors were registering their concern that WEC is not properly accounting for the risk of its current high reliance on carbon-intensive generation.

Said Tim Dewane of the School Sisters of Notre Dame Central Pacific Province, who filed the resolution at WEC, “The Financial Stability Board’s Task Force on Climate-Related Financial Disclosures recommended the use of scenario analysis and disclosure of climate-related risks and opportunities as an important first step in curbing global warming. We were pleased that WEC retained their commitment to 2030 GHG reduction targets even after the EPA abandoned the Clean Power Plan, and we are heartened by management’s commitment to undertaking a 2-degree scenario analysis.”

Investors say they will monitor the implementation of these agreements and look forward to further productive dialogues with both companies.

About the Interfaith Center on Corporate Responsibility (ICCR)

Celebrating its 47th year, ICCR is the pioneer coalition of shareholder advocates who view the management of their investments as a catalyst for social change. Its 300 member organizations comprise faith communities, socially responsible asset managers, unions, pensions, NGOs and other socially responsible investors with combined assets of over $400 billion. ICCR members engage hundreds of corporations annually in an effort to foster greater corporate accountability. www.iccr.org