Eight years after the financial crash, members of ICCR are deeply concerned about the new administration's threats to roll back 2 critical consumer bulwarks - Dodd-Frank and the Consumer Financial Protection Bureau (CFPB).

Dodd-Frank and the CFPB were a strong legislative response to the financial crisis, put in place to protect businesses, families, and communities, from financial abuses, and to safeguard against another collapse of the financial sector. The creation of the CFPB as an independent agency ensured that, for the first time, a federal financial regulator was looking out for the American public to ensure fair play by industry players that heavily impact peoples’ lives -- from banks and non-bank mortgage companies, to payday and student lenders, to debt collectors and credit reporting bureaus.

President Trump has threatened to replace Director Cordray before the end of his term in July 2018. 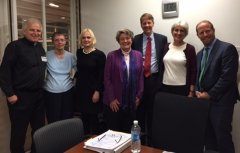 ICCR members, along with the American Sustainable Business Council and the Main Street Alliance, wrote President Trump and members of Congress, arguing that any steps to weaken the CFPB would jeopardize the financial health of American businesses, families, and communities, and would expose our economy to further risk.

And in letters sent to the nation's top banks, ICCR members urged them to not only express support for the importance of a strong and responsive CFPB, but to resist attempts to substantially weaken the effectiveness of the Bureau by, for example, imposing a commission structure that would lead to gridlock, or by starving the Bureau of funding through a Congressional appropriations process. They have written 6 of the nation's leading banks --

calling on them to voice their support for a strong Consumer Financial Protection Bureau (CFPB).

A safe and sound financial system must benefit all of society and that the provision of equitable access to affordable financial services is core to the social purpose of banks and must be embedded in every customer transaction. .

Dodd-Frank and the CFPB were a strong legislative response to the financial crisis, put in place to protect families and communities from financial abuses, and to safeguard against future failures for the good of the sector, the greater economy and society. These measures have also served to restore society’s faith and trust in banks – a trust that was all but obliterated as a result of the crisis.

Under the capable leadership of Richard Cordray, the CFPB has helped immeasurably to restore consumer confidence in the financial sector by installing sound and rational consumer protections and bringing needed enforcement actions to curb abusive financial practices.  In addition to providing critical consumer financial protections for the American public, the CFPB has served to level the playing field for honest financial services businesses that legitimately meet the public’s needs.  The CFPB has established an effective and consultative process for resolving the policy differences of its various stakeholders

ICCR members are convinced that any steps to weaken the critical consumer protection that the CFPB provides in the financial marketplace would prompt a public backlash, and indirectly expose our economy to risk as global confidence in the banking system is diminished. 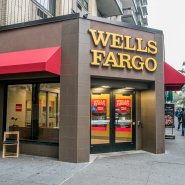