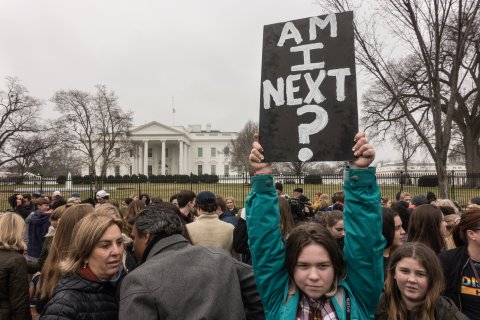 The CDC reports that 40,000 people died from firearms in the U.S. in 2017 - that translates to around 110 people per day - of which 60% are suicides and roughly 37% are homicides. While legislators seek to push gun reform bills through Congress and victims of mass shootings bring lawsuits agaist gun makers, in late 2017 ICCR members began pressing both American Outdoor Brands (parent company of Smith & Wesson) and Sturm Ruger, two of the nation's leading gun manufacturers to review their businesses to learn what they might change in order to curb firearm misuse.

In this, the second year of its campaign to curb gun violence, ICCR members filed 3 shareholder resolutions with American Outdoor Brands Company, calling on the company to adopt a proxy access bylaw, to develop a human rights policy, and to prohibit holding virtual-only annual general meetings of stockholders.

The resolutions follow the publication of an AOBC report on its gun safety measures published in response to our 2018 shareholder proposal which received majority support at the company’s 2018 annual meeting. While the report did answer the requests of the resolution, it revealed a corporate mindset that differs starkly from that of its shareholders.

ICCR member Mercy Investment Services filed the campaign's first shareholder resolution in late 2017, at Dick's Sporting Goods to open a discussion with the company about the clear business and moral case for immediate corporate action.  The resolution was withdrawn following a productive dialogue with company management. Subsequently,  Dick's agreed to stop selling assault-style weapons at its Field & Stream stores, and raised the minimum age of gun purchasers to 21.

In 2018, we also released an Investor Statement on Gun Violence, identifying 13 actions companies can adopt  to reduce the risk of gun violence, many of them taken/adapted from the Sandy Hook Principles. The statement was endorsed by 142 investors representing US$634 billion in managed assets.

In valdation of the level of investor concern around this issue, the 2018 resolution at gun maker Sturm Ruger requesting details on company activities to make its products safer garnered nearly 70% support. You can read our press release here. A similar 2018 proposal at American Outdoor Brands Company also won a significant 52% of the vote. Read our 2018 AOBC exempt solicitation here.

What Investors are Saying

Sr. Judy Byron, OP representing the Sisters of the Holy Names, lead filer of the human rights policy resolution at American Outdoor Brands, said, “For almost 300 years Catholic Sisters have educated and nurtured our children in the safety of our schools. Today we chose to hold shares in American Outdoor Brands and Sturm Ruger so that we could engage them in dialogue on the critical role they can play in addressing the epidemic of gun violence in our country, and sadly in our schools."

Colleen Scanlon of Catholic Health Initiatives (now Common Spirit Health), lead filer of the Sturm Ruger proxy access bylaw resolution, said “As a large national health system, we see the devastating impact of gun violence in our hospitals on a daily basis. Comprehensive efforts to focus on gun safety should be a top priority for this nation. We believe manufacturers of guns must be part of the solution and for that reason we will continue to seek a productive dialogue with Sturm Ruger.”

Laura Krausa of Common Spirit Health said, "A gun manufacturer willing to step out as a leader in gun safety and gun violence prevention efforts is long overdue. The social and political climate in the U.S., even among gun owners, welcomes solutions to the epidemic of gun violence. This is an opportunity for Sturm Ruger to lead into a future where sensible solutions to preventing violence can peacefully co-exist with 2nd amendment rights."

Roundup of companies ending ties to the NRA

ICCR members first tackled the issue of gun violence in 1994, when they filed a shareholder resolution with Walmart and Kmart, asking both retailers to review their firearms sales policies and procedures. In 2001 investors turned their attention to Sturm Ruger, filing resolutions on gun safety in 2001 and again in 2002. 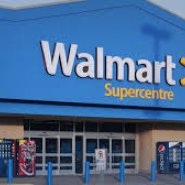 Gun companies are not exempt from obligation to respect human rights, investors say 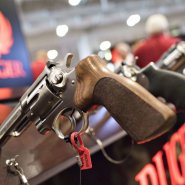 The Investor Statement on Gun Violence 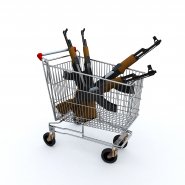