A Bitter Pill: The Human Toll of Unaffordable Medicines 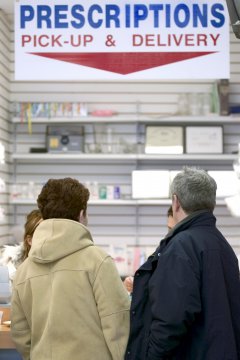 A story from the Rio Grande Valley in Texas

Like many of his neighbors, Luis would cross the border to go to a pharmacy in Mexico when he was sick and would ask the pharmacist what to buy. Most often, he bought penicillin, a more affordable option than a US prescription.

“I get gripa [the flu] all the time. Around ten times a year, I think,” Luis told me. When he got the flu, he would take penicillin for two or three days. He knew this was not the best way to take care of his health, but he didn’t see any other options.

But Luis’s practice of driving to a pharmacy across the border in Mexico when he was sick had become a perilous option. The border had become so dangerous, with the risks of getting caught in the crossfire of gunfights or of being kidnapped, that he often did not feel safe crossing.

Teianna was so desperate to make money last summer that she found herself wading through college students’ trash and scrubbing their toilets to make their apartments look new after they moved out of their student housing— a job she took so she could afford her medicine.

Tejanna  now 20, was diagnosed with Type 2 diabetes when she was 16. She regularly takes insulin through a pod, and she occasionally uses an inhaler to treat her chronic asthma. She used the $240 she earned from the cleaning job to repay her mother, who had lent her money when she had run out of insulin and cash.

She spends close to $600 each month on her prescriptions and supplies to manage just her diabetes. And in Texas, despite the fact that she struggles to afford her prescribed medications, she’s still one of the fortunate ones, because she is insured.

For Gary, taking a pill day daily isn’t uncommon. “You just learn to live with it,” he says. The Stone Oak resident has been fighting bone marrow cancer for 11 years, and it is not cheap.

The former accountant retired in May of this year. Right now his consulting company is helping pay for some of the costs through the end of the year; however, Gary is not sure what will happen after.  His options are running up an enormous credit card bill, or going into bankruptcy, to pay for the drugs to stay alive, or just die,” he adds. 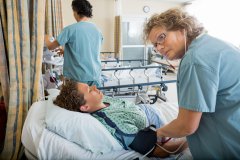 Another Story from San Antonio Texas

Keith said his father would be alive if it weren’t for the impossible expense of a $1,000-per-pill treatment. The 12-week treatment for hepatitis C, which Gilead Sciences Inc. sells in the U.S. as Sovaldi, costs around $84,000. But Lyons’ father, Nicolas, couldn’t afford it and was uninsured. When he went to the hospital, he was given only Vicodin for pain control.

The father and son couldn’t scrape together enough money to send Nicolas to India, where a generic version of Sovaldi costs less than $10 per pill, and where he had dreamed of staying for the 12-week treatment described as a possible “miracle cure.”

“He could have been alive for another 20 years,” said Keith. His father died last September. He was 63. “He wanted to live and he wanted to do more for humanity than he got to do.”

And finally a firsthand story from Houston, Texas

After I broke my leg, my doctor decided I need to take drug for osteopenia.  I took his prescription to local Costco, Target, etc.; all pharmacies charged about $550/month.  I called the Drs. Office and they said I could get a co-pay card but they did not realize Medicare patients are not allowed to use these cards (because the cards encourage inappropriate use of expensive drugs).  I called a pharmacist from my list of my insurance options ; she said my doctor  must be getting paid by the company as he recommended  Fosamax when  I can get a generic version for free with my insurance; she sent links to several reviews which showed the generic to be equal or superior in efficacy. I later discovered that the pharma vendor brings lunches for the doctor’s office staff.

As we continue our work with pharmaceutical companies on fair pricing – these stories serve to remind us why this advocacy is important.