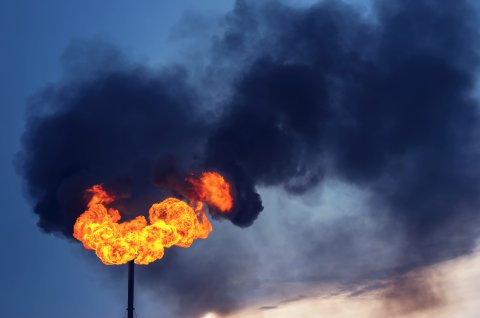 Methane emissions are a dangerous, short-lived greenhouse gas and a powerful contributor to climate change, with an impact on global temperature roughly 84 times that of carbon dioxide over a 20-year period.

ICCR’s membership includes faith-based health systems and organizations, with ministries in communities affected by oil and gas operations, so we are also concerned about the harmful impacts of methane and VOC emissions on public health, as well as water availability and quality. In our company engagements, we have consistently raised the need for methane and VOC leak reduction and repair, as well as meaningful engagements by companies with community representatives, to address social and environmental impacts from industrial activity.

ICCR's members have been engaging oil and gas companies since 2007 on the need to reduce methane emissions and for greater disclosure of methane management. For a history of ICCR's engagements on methane, click here.

Between 2007 and 2022, ICCR members filed at least 110 resolutions with 49 companies on fracking and methane management and have engaged over 45 companies in dialogue on methane emissions reduction alone. This represents over 40% of US production. 2022 has already witnessed several resolution withdrawals due to company commitments.

The impacts of the campaign over time are:

ICCR members seek greater disclosure of methane leakage and management information from companies. We actively support the development of robust, cost-effective federal methane regulation by the EPA, and lead a sizeable coalition of investors in the US, Canada and Europe, which includes members of ICCR and the Ceres Investor Network on Climate Risk (INCR).

In the spring of 2021, a group of 168 global investors representing $US 6.23 trillion in assets under management/advisement released a statement calling for stronger methane regulations and enforcement. This statement built upon an August 2020 statement sent to 35 oil and gas producers and mid-stream companies that was signed by 140 investors with over $5.5 trillion in AUM. The EPA comment period for the proposed methane rule closed on January 14, 2022. ICCR submitted public comments in support of EPA’s proposed methane rules and encouraged members to do the same. Our members continue to meet with oil & gas companies on the importance of strong federal methane rules.

Oil and Gas 2.0 Threat Map. In collaboration with the Earthworks, Clean Air Task force, & FracTracker Alliance, this “Threat Map” was created to make the public aware of the methane pollution from oil and gas companies.

Methane Disclosure in the Oil and Gas Industry: Tracking the Impact of Shareholder Engagement (ICCR, 2018)
An investor’s guide to methane: PRI and EDF Develop Practical Guide on Managing Methane Risks
Disclosing the Facts; Extracting the Facts (An older, but still valuable resource) 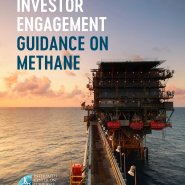