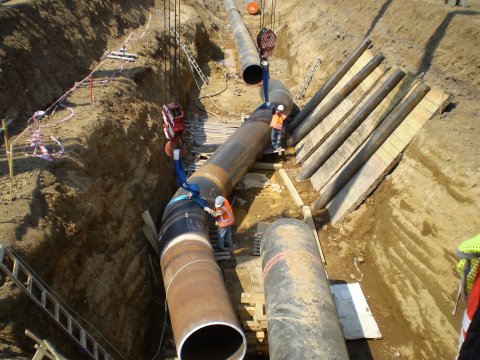 We are quickly running out of time to avoid catastrophic climate impacts, and bank lending, as the world’s largest source of finance, will play an outsized role in the shift to a clean energy economy. Thirty-three global banks have provided the fossil fuel industry with $1.9 trillion in financing since the Paris Agreement was signed. It is imperative that bank lending shifts quickly from supporting a fossil fuel economy to enabling one based on clean and sustainable energy, transport, agriculture, and manufacturing systems.

Bank lending determines not only which projects move forward and which don’t, but because banks are uniquely able to create money and credit, they wield an influence over companies and projects that few other entities can approach. In short, bank lending has the power to make or break energy, agriculture, and manufacturing markets, and to heavily influence how those markets affect the climate.

Investors are calling on banks to assess and manage the climate risk embedded in their lending and investment portfolios. Measuring and managing a bank’s salient risk – the risk to society – will require measuring its financed emissions using tools like those available through the Partnership for Carbon Accounting Financials (PCAF).

Pressing Top Banks & Insurers to Cut Emissions. Climate change continues to fuel increasingly severe global natural disasters, including floods, hurricanes, droughts, and wildfires. Financing by banks and insurance companies is helping to prolong the dominance of fossil fuels in our energy supply, which delays the transition to a clean energy economy. While several major banks and insurance companies have begun to acknowledge their role in exacerbating climate risk, most have failed to adopt adequate interim targets to meet their net zero by 2050 commitments.  For the 2022 proxy season, investors filed a slate of nine proposals at top U.S. banks, and seven proposals with major insurance companies calling for greater accountability in climate lending. Proposals were also filed at many of the leading Canadian banks. Read more here.

We have reached the mid-point of the 2022 AGM season and those resolutions that successfully made it onto corporate proxies are now going to a vote of shareholders. Proponents are pleased with the vote outcomes so far, as each is high enough to allow the resolutions to be refiled in 2023 when they are likely to gain in popularity. Votes thusfar are:

Bank net zero commitments. An assessment of bank decarbonization commitments by signatories to the Principles for Responsible Banking and the Net Zero Banking Alliance. 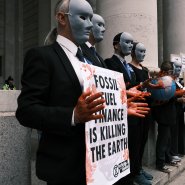 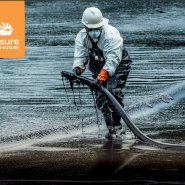 We highlight 4 key actions banks can take to protect our economy and communities from climate risk.
>>

If money talks, what is the banking industry saying about climate change? 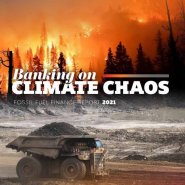