PhRMA: Whose Side Are You On? 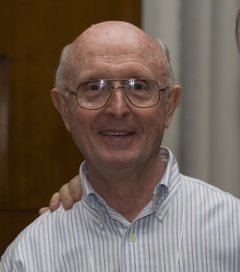 For years, members of ICCR who hold shares in the corporate members of PhRMA have been raising the dual issues of drug pricing and their lobbying activities in our dialogues. My order of Midwest Capuchin Franciscans has been talking about these issues with Merck since before the turn of the century in an effort to promote increased access and affordability of medicines for people, especially those who can’t afford them.

Because we have not been given enough evidence to conclude that these companies are part of the solution rather than exacerbating the problem, we decided to file shareholder resolutions this year on the issue of drug pricing transparency, with a subset of these companies receiving resolutions on lobbying disclosure and yet a smaller group receiving a resolution asking them to separate the positions of Chair and CEO.

During the time that we were deliberating whether and when we should take this approach, The New York Timesreported that patient advocacy groups were surprisingly absent from public commentary or press reports around excessive drug costs.  The article suggested that a key reason for this seemed to be the monies these advocacy groups receive from corporate members of PhRMA. This “Say Nothing, Get Something” approach is a reverse version of “Pay to Play.”

Adding to my concern is a piece I read in Politico today that PhRMA “is requiring member companies to fork over an additional $100 million per year as the industry gears up for a bruising post-election battle over drug prices.” It notes that “PhRMA’s decision to hike membership dues 50 percent will increase the trade group’s considerable coffers to more than $300 million per year, a significant portion of which will be deployed on ads pushing back against politicians from both parties who have attacked its members over pricing.

I should add that PhRMA and its members, including Merck, seem to be doing everything they can to oppose an important ballot measure in California that would cap how much the State pays for drugs.

Pharmaceutical companies and their trade groups are already one of the largest lobbyists. Today’s news suggests PhRMA is poised to become even more powerful and that should evoke fear among anyone who relies on prescription medicines. Both the Presidential candidates support negotiated drug prices for Medicare beneficiaries, something PhRMA spends a great deal of money in Congress fighting, and they both have publicly pilloried drug companies for caring more about profits than people.

As a shareholder interested in the long term viability of these companies we don’t see the massive flow of lobbying dollars to PhRMA as a savvy business move but instead view it as a last-ditch effort to protect an unsustainable business model that no longer meets the needs of its customers and society. We see it as obstructionist and most definitely a critical contributor to the problem. We are hopeful our shareholder resolutions will be a wake-up call to management that more emphasis needs to be placed on finding the solutions to improving the access and affordability of medicines and less on fighting the change the majority of citizens are clamoring for.