How You Can Help Fight Human Trafficking & Modern Day Slavery 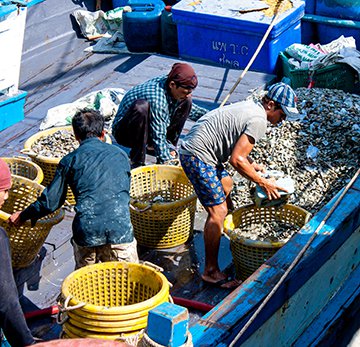 According to the International Labour Organization, an estimated 20.9 million people globally are affected by human trafficking.  This intractable abuse -- including slavery in the Thai seafood sector -- requires comprehensive legislation to level the playing field and move companies beyond voluntary disclosures.

ICCR is asking that individuals and organizations send letters to their representatives and senators, to help increase the number of co-sponsors for The Business Supply Chain Transparency on Trafficking and Slavery Act of 2015. Download our sample letter to send to your representative and senators.

The US Catholic Sisters Against Human Trafficking has organized a “Call-In Day” asking you to call your representative and senators in their Washington DC offices on Monday, February 8, 2016.  February 8th is the feast of St. Josephine Bakhita, a survivor of human trafficking and a Catholic sister. Click here for sample phone script. The Sisters' invitation states: “On the day that we commemorate her struggle and triumph, we remember all those caught in slavery and we renew our commitment to abolish all forms of human slavery. We hope to direct thousands of calls to members of Congress asking them to support legislation that moves us closer to ending slave labor.  We are asking members in both houses of Congress to co-sponsor the Business Supply Chain Transparency on Trafficking and Slavery Act of 2015.

Please check to see who has already sponsored the bill. If your representative or senators are on the list, please send a thank you letter instead of the sample provided.

Find the Washington DC contact information of your representative and senators: http://whoismyrepresentative.com/ . Please send your letters by mail and fax. 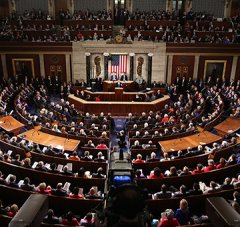 Last, please take a moment, and let ICCR know who you have sent the letter to by emailing [email protected]. 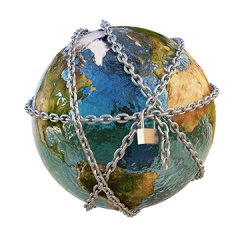 On March 2, 2015, the US Federal Acquisition Registry released the rules related to President Obama’s Executive Order (13627) requiring all companies with government contracts to certify that they have done their due diligence in remediating modern slavery in their extended supply chain.

The Business Supply Chain Transparency on Trafficking and Slavery Act of 2015 (comprising two identical bills -- H.R.3226 and S.1968) was then introduced in the summer of 2015. It comes against the backdrop of The California Transparency in Supply Chains Act of 2010 and the law passed in the UK, The Modern Slavery Act of 2015, which calls for corporate disclosure on human trafficking mitigation efforts, including taking action to ensure their end-to-end supply chains are slavery free.

If enacted, they would require companies with over $100 million in worldwide gross receipts that report to the Securities and Exchange Commission to disclose measures they have taken to identify and address the risks of forced labor, human trafficking and the worst forms of child labor throughout their supply chains. Consequently, they would have broad international impact. The bills would apply to all publicly traded or private entities in every sector.