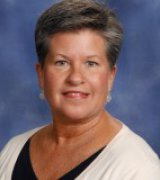 Restoring God’s Gift of Water to the Community of Flint, Michigan

By Nichea VerVeer Guy, Chair of Finance of the United Methodist Women’s Board of Directors

In all major faith traditions water has a powerful spiritual relevance. A universal element binding all of God’s creation through our dependence on it for survival, water takes on holy properties and is used in numerous religious rites and rituals for purification and healing. Importantly, water is seen by all faiths as a gift from God for all those who thirst; a gift without cost or price.

As a service provided by local governments through the collection of taxes the gift of clean, plentiful water is taken for granted by most Americans. We turn on the spigot and out it comes: clean, safe and refreshing. While we know there are communities across the globe whose access to safe, free water is severely compromised due to the lack of infrastructure and threatened even further by climate conditions and industrial pollution, here in America we view access to safe, free water as a basic right safeguarded by law. 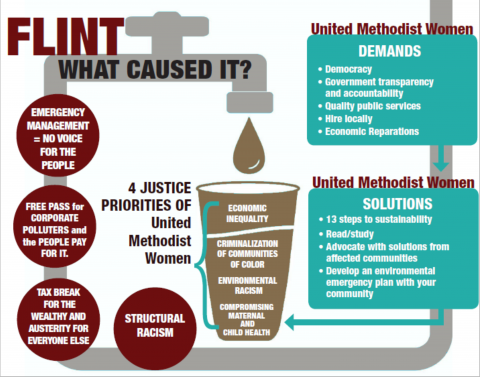 ICCR members’ work on water globally operates within this context: that the right to accessible, safe, affordable water should be guaranteed as a human right. Over one billion people, one seventh of the world’s population, lack access to freshwater that is safe for human consumption, 2.5 billion people lack water for basic sanitation and everyday 6,000 children die from diseases associated with lack of access to safe drinking water. When agricultural and industrial water consumption accounts for 70 and 22 percent of total water use, corporate water impacts are directly implicated in stresses on local aquifers and in the degradation of water quality posing a variety of risks for local communities.

ICCR members use their leverage as shareholders of some of the world’s most powerful companies to ensure that they adopt and implement water stewardship policies that respect the human right to water equally throughout their entire value chains and in all the communities their businesses touch. 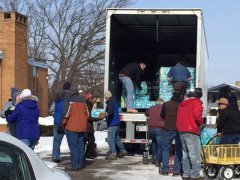 To be justly implemented, the human right to water requires much more than corporate oversight: it requires the will and oversight of governments and regulatory authorities at both the national and local level. What we are seeing today in the community of Flint Michigan is a breakdown of this will and oversight.

Due to an ill-conceived change in water supply, for nearly one year, local drinking water has been contaminated with extremely high levels of lead leached from old pipes. The city’s error is bound to have long-term impacts on community health with up to 12,000 children at the front lines of exposure and risk. What makes the residents of Flint especially vulnerable to water rights abuses is their lack of political leverage and directly tied to questions of economics and race: 57% of Flint residents are black and 42% are living below the poverty line.

In this way, the current crisis in Flint is an example of how the uneven protection of the human right to water across communities often becomes part of a larger discussion about economic inequality, equitable access to resources and environmental injustice. It isn’t a coincidence that here in the U.S. 70% of toxic zones are within communities that are home to high concentrations of people of color.

As a member of United Methodist Women, I inherit the legacy of committed social justice catalysts some 800,000 plus strong. Located in local communities throughout the United States, we educate and prepare plans of action that live out our desire for social holiness. Even before the Flint water crisis hit the airwaves, local women who lived day in and day out with the preliminary concerns of a toxic river from industry abuse, organized a grass roots activism that would become a model for issue resolution. Gathering concerned citizens, advocating for government accountability and then the emergency needs of the unsafe water was the initial response.

Supporting the local voices in their needs for justice through the network we call the United Methodist Church was the first of many steps. Activating emergency response from United Methodist Committee on Relief, Bishop Deb Keisey’s appointment of a coordinator of on the ground response and financial aid, town hall meetings, community engagement, door to door education campaigns, research and analysis support and initiative advocacy before State and Federal bodies of government are just a few of the ways we have responded. We are in this for the long haul. We will stand together in community until the last drop of tainted water is dealt with. 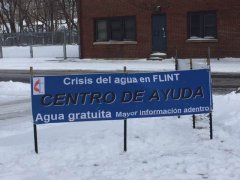 While we are justifiably outraged by the violation of public trust in Flint, we are reminded that these types of abuses are a part of daily life for many communities suffering social injustice around the world. When water is a gift from God and a human right it is up to us all to ensure that it is accessible to all who thirst regardless of income or race, and that its healing properties are protected as the sacred resource it was intended it to be. As global and community citizens we must be the voice that guarantees justice not exploitation. Our call is clear, economic justice must be equitable and swift for the preservation of creation.

The Importance of World Water Day

The Battle for Water: A Drought Story from Marathwada

The Battle for Water - a drought story from Marathwada