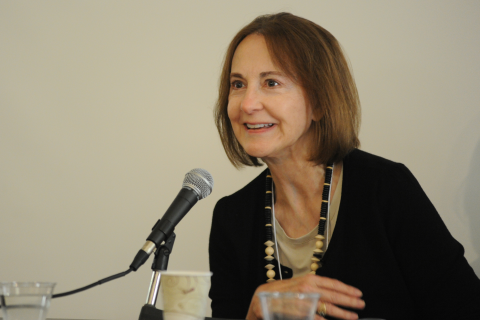 The governing board of the Interfaith Center on Corporate Responsibility is pleased to announce that the recipient of its 2022 Legacy Award will be Donna Meyer, Ph.D.

The ICCR Legacy Award was created to honor those whose work has provided a strong moral foundation and an enduring record of demonstrated influence on corporate policies.

Donna has been a member of the ICCR coalition for 20 years having represented both Christus Health and Mercy Investment Services, and she also served as a board member from 2007 – 2012. Donna is widely recognized as a leader of ICCR members’ work to promote the access and affordability of health care both domestically and globally as well as for her engagements around health risks associated with the food and beverage and tobacco industries. Donna’s deep expertise in public health has made her a sought-after resource for member engagements on all topics of health equity, and she is known in our community as a generous and patient mentor.

While serving as Senior System Director for Community Health Services at CHRISTUS Health, Donna designed and developed the Socially Responsible Investment Program, and began to represent CHRISTUS at ICCR. In 2012, Donna began her work in shareholder advocacy for Mercy Investment Services focused on social justice in the promotion of community health. While Donna is perhaps best known for her impactful engagements with the pharmaceutical sector advocating for the accessibility and affordability of medicines, she also led a successful campaign with Rev. Michael Crosby, to eliminate in-store advertising of tobacco products in circulars and was an early leader in ICCR’s access to nutrition work pressing food and beverage companies to improve the nutritional content of their products and to market them responsibly.

Along with Meredith Miller of the UAW Retiree Medical Benefits Trust, Donna led Investors for Opioid Accountability (IOA), which went on to become Investors for Opioid and Pharmaceutical Accountability (IOPA), coordinating the work of 60 institutional investors - including many ICCR members - to advocate for strengthened corporate governance structures to mitigate the risks of opioid misuse.

Said Judy Byron of the Northwest Coalition for Responsible Investment, “Those of us who have worked with Donna were not surprised when she recognized the impacts of the opioid epidemic on families, communities, and healthcare facilities and collaborated to launch Investors for Opioid Accountability. Her leadership, gentle and persistent as it is, has enabled shareholders to raise our voices with companies for all those whose lives have been impacted by opioids.”

Said Cathy Rowan of Trinity Health, “Donna well deserves the Legacy Award because, for over 20 years, she used her expertise in public health to become a key leader in ICCR's work promoting health as a human right and access to health care for all.  I could tell in our shareholder dialogues with pharmaceutical companies that company representatives respected her knowledge and background, and she never hesitated to challenge them with critical questions. She helped ICCR see its work in access to medicines and access to nutrition through a health equity lens.”

Said Anna Falkenberg of the Socially Responsible Investment Coalition, “Donna has been an influential voice in promoting access to health, and health as a human right for over 15 years. She has graciously and reliably used her expertise in public health to provide leadership for socially responsible investing in both domestic and global health issue areas at ICCR and SRIC.”

Donna will be honored at ICCR’s Special Event on September 29th at the Prince George Ballroom in New York City. Please join us in congratulating her. 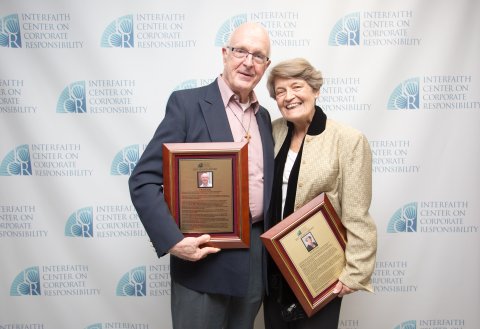