Leading Migrant Workers out of Slavery: the Leadership Group for Responsible Recruitment

When a worker leaves home to fulfill the dream of making a better life for her or his family, it should be cause for celebration not exploitation. Too often, those seeking jobs are promised a living wage and end up as bonded laborers working to pay back debts to employment recruiters.  Whether it is part of the migrant stream from Bangladesh to Malaysia, the Philippines to Qatar or Mexico to the United States, vulnerable workers are charged recruitment fees that abuse their human rights before they ever get to the job site. 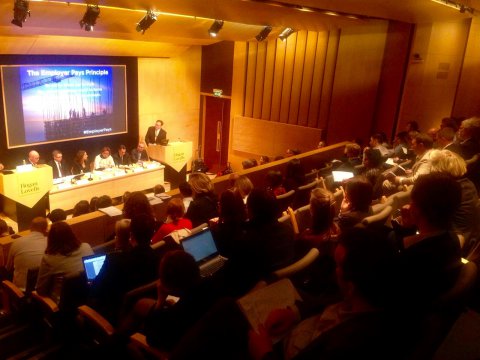 For three years ICCR’s “No Fees Recruitment Initiative” has engaged dozens of companies in key sectors like food and agriculture, apparel, automotive, electronics and travel tourism to say a firm ‘No” to workers ever having to pay recruitment fees to obtain employment.  The paying of recruitment fees is the responsibility of employers.  A number of companies have taken the lead on this issue by establishing clear policies prohibiting recruitment fees, the retention of a worker’s personal papers, and requiring written contracts in the language of the worker describing the terms of employment.  Translated, this means that companies and their suppliers commit to implementing concrete actions to end the abuses against workers in the recruitment process and therefore take an important step in confronting modern day slavery.

“Profit can never be the cost of destroying a life or taking a life.” Kevin Hyland, Anti-Slavery Commissioner, UK Government

Because ICCR members see ethical recruitment as a critical justice issue for workers worldwide, ICCR enthusiastically joined the steering committee of the Leadership Group for Responsible Recruitment launched in London last week. This initiative is made up of five companies—The Coca-Cola Company, HP, Hewlett Packard Enterprise, IKEA, Unilever—along with the International Organization for Migration and Verite and staffed by the Institute for Human Rights and Business. This initiative has set an ambitious goal: to eliminate recruitment fees paid by workers during the next ten years. 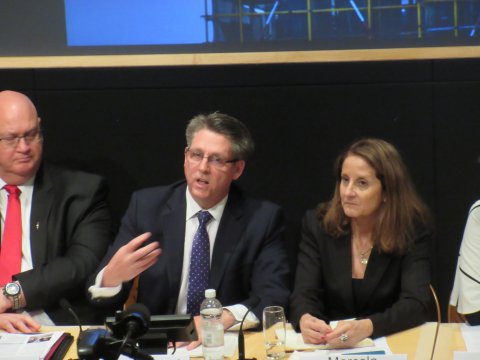 The companies in the group have made the elimination of worker fees a top priority. “IKEA has put a lot of effort into sustainability programs,” said Greg Priest of IKEA at the May 5th launch.   “But you can’t have a sustainable business that exits on the exploitation of people making your products.  We want to have a positive impact in the communities where operate.”

The Leadership Group, with the involvement of other companies, NGOs, trade unions, investors and governments, aims to raise awareness about the positive benefits of ethical recruitment to business—higher productivity rates and better retention of workers for example; advocate for improved protection of migrant workers by supporting government regulation of the recruitment industry; maximize scale and impact by collaborating with existing initiatives focused on “no fees” paid workers like the Consumer Goods Forum’s initiative on forced labor, and provide a roadmap for concrete actions by companies to change the ‘business model’ of recruitment from ‘worker pays’ to ‘employer pays.’ 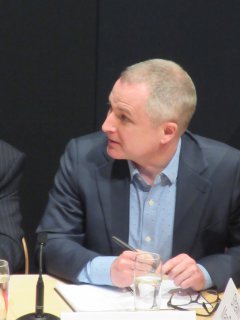 Marcela Manubens of Unilever stated: “We must work together to help eradicate forced labour in our global supply chains and see this as a part of our commitment to the Sustainable Development Goal Number 8 on taking measures to ‘end modern slavery and human trafficking.’”

As ICCR participates in the Leadership Group, we will help galvanize the business and investor community to join the initiative to eliminate fees while keeping workers and communities at the center of the work.