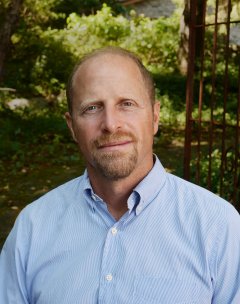 As ICCR’s Chief Executive Officer since January 2016, Josh Zinner oversees programs and operations for the organization, and is the lead external organizational representative.  Josh has more than 25 years’ experience as a non-profit leader, coalition-builder and policy advocate. Josh is also a long-time public interest lawyer who has spent his career working to promote social and economic justice and corporate accountability. For the eight years prior to coming to ICCR, Josh co-directed the New Economy Project, an organization that works with community groups on economic justice issues and is at the forefront both locally and nationally in the fight against discriminatory financial practices.

Among earlier roles, Josh founded and ran the Foreclosure Prevention Project at South Brooklyn Legal Services for more than a decade. He helped to build and lead an influential statewide coalition of over 160 organizational members, New Yorkers for Responsible Lending, which fielded successful campaigns to achieve groundbreaking legislation and regulation to curb financial abuses. Previously, he worked with Oxfam America on private sector campaigns including access to medicines work; as a housing lawyer with low-income seniors; and as a social worker for five years working with adjudicated youth, street children, and homeless adults. Josh was previously a member of the Consumer Advisory Board of the federal Consumer Financial Protection Bureau.