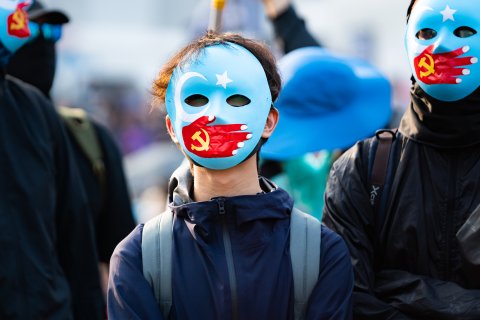 In my 25 years on the staff of the Interfaith Center on Corporate Responsibility (ICCR) engaging companies  on human rights concerns including labor rights and working conditions in global supply chains,  I’ve seen serious human rights abuses in many locations: a factory in Guatemala where supervisors were sexually harassing young women workers; a factory in China where workers labored into the night and when they became too tired to work, were taken to a clinic and given glucose intravenously to boost their energy before being sent back to the line; a factory in San Salvador where 350 workers who experienced violence were fired for forming a trade union; and a factory in Thailand where foreign migrant workers fell prey to forced or indentured labor,  having paid recruiters large sums for low-paying  jobs. Each of these is a clear case calling for action to end the abuse and provide remedy for those harmed.

However, the scale of human rights violations we are currently seeing in China’s Xinjiang Uyghur Autonomous Region (Uyghur Region) is unprecedented.  Since 2017, the Chinese government has placed well over 1 million predominantly Turkic and Muslim majority-peoples in detention camps, prisons, and factories. Companies are implicated through their supply chain connections which involve wide-spread forced labor where Uyghurs and other Turkic and Muslim-majority peoples have been made to work in business enterprises in the Uyghur Region and other parts of China.

The enormity of this human rights crisis calls for extraordinary responses. Yesterday, the U.S. House of Representatives overwhelmingly passed the Uyghur Forced Labor Prevention Act (H. R. 6210) on a bi-partisan basis.  The Act establishes the legal presumption that any product arriving at U.S. ports that was manufactured in the Uyghur Region or contains inputs from the region was made using forced labor. Unless the corporation importing the product can prove there was no forced labor used in its production, the importation of the product is considered illegal and the product is barred from entering the U.S.

This is good news for the Uyghur community, as Omer Kanat, Executive Director of the Uyghur Human Rights Project, said yesterday after the bill passed: “Uyghurs around the world take hope from this vote. The Senate must also act, and all governments must enact measures to counter the Chinese government’s mass atrocities, committed on a scale not seen since World War II.”

ICCR, the Investor Alliance for Human Rights and a number of institutional investors have endorsed a Call to Action, along with over 280 human rights, labor rights, and Uyghur organizations from three dozen countries, asking brands and retailers to make concrete commitments to exit the region. The Coalition to End Forced Labor in the Uyghur Region issued the call in July and is now engaging apparel brands and retailors to become signatories and take the necessary steps to disengage from all business relationships related to the Uyghur Region. And in August, the Investor Alliance issued Investor Guidance on the perils of doing business in the Uyghur Region. The UN Guiding Principles on Business and Human Rights’ global framework provides guidance for companies and investors to assess and address their human rights impacts. Investors and companies need to determine whether identified potential or actual harms can be ceased, prevented, or mitigated. If this isn’t possible, investors and companies must end their business relationships. Unfortunately, this is the case with the Uyghur Region.

It is time for the U.S. Senate to pass the Uyghur Forced Labor Prevention Act and for companies to map their supply chains and take the necessary steps to disengage from relationships that perpetuate the broad-based and ongoing harm to the Uyghur people. 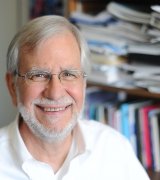