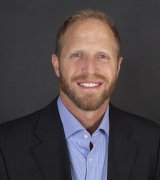 The party-line vote today by the Securities and Exchange Commission (SEC) to significantly limit the ability of investors to file shareholder resolutions is yet another action by the Trump Administration to further alter the regulatory landscape in favor of large corporations and against the public interest.  The current Administration has been systematically dismantling existing regulations on the environment, the financial system, healthcare, labor, and so many other critical issues.  The move by Chairman Jay Clayton’s SEC – an agency established to protect the rights of investors – bows to the Trump deregulatory agenda and deals a serious blow to corporate accountability structures meant to serve investors and society at large.

Presently, the SEC requires shareholders to hold $2,000 worth of stock for at least one year before they can file a resolution, an amount which ensures that small investors have the ability to place issues significant to the company before fellow shareholders.  The SEC is proposing to revise the rule so that shareholders must own this stake for a minimum of three years before they can submit a resolution. Under the proposal, shareowners who own stock for one or two years must own  $25,000 and $15,000 worth of shares, respectively, in order to file a resolution.  The current thresholds for shareholder support required for the re-submission of proposals are currently 3% for the first year, 6% in the second year and 10% in the third year.  The new re-filing thresholds being proposed by the SEC would more than double those thresholds to 5%, 15% and 25% respectively. The SEC is also proposing to dramatically curb the ability of proxy advisors to provide independent advice to investors, by, for example, requiring that companies have multiple opportunities to interfere with proxy advisors’ recommendations on votes.

As Commissioner Allison Herron Lee said in her dissent to the proposed rule changes, “The odds are stacked against shareholders.”

Raising the ownership threshold quite precipitously threatens to exclude smaller investors, who have made valuable contributions to the process over the years by raising numerous environmental, social, and governance (ESG) issues that have eventually received substantial votes and been taken up by companies.  The doubling of the re-submission thresholds will prevent important issues from being considered by companies. There are many examples of issues that initially received relatively low support, but that went on to be appreciated for the serious risks that they presented to companies – from proxy access, to climate risk, to human rights due diligence.  The proposed curbs on proxy advisors could dramatically undermine the voice of investors by further tilting votes on key proposals in favor of management.

The investor members of the Interfaith Center on Corporate Responsibility engage companies on ESG risks precisely because they are concerned with the long-term health of the companies in which they are invested. Many of the companies that we engage see the great value that this engagement brings, for example, by enabling them to identify and address financial, legal, and reputational risks in advance, before they become liabilities.

Major trade organizations like the Business Roundtable (BRT), the U.S. Chamber of Commerce, and the National Association of Manufacturers have been pushing for years to limit shareholders’ voice, using overwrought rhetoric to try and discredit resolution sponsors. A go-to argument has been that shareholders’ motives are “political” and that they have no interest in creating shareholder value. These industry critics have had a clear political agenda of their own – to cripple the proxy process that has been in use by shareholders for over 75 years and thereby limit their ability to effectively engage with the companies they own on critical ESG risks.

The Business Roundtable, which has been lobbying hard against the shareholder resolution process, recently announced with great fanfare a new Statement of the Purpose of the Corporation, signed by 181 BRT CEOs.  The statement announces a new commitment by BRT signatories to focus on key stakeholders, including employees, communities, customers, and suppliers, to build long-term shareholder value.  This is precisely what ICCR members and allied investors have been pressing companies on for years in our engagements – that companies focused on the well-being of all their key stakeholders and not just on boosting short-term shareholder returns will be more successful over the long term.

Unfortunately, the hypocrisy of the Business Roundtable and its members has been laid bare by its campaign to lobby the SEC to restrict the rights of the very shareholders that have been in dialogue with companies for years about the importance of a stakeholder focus. While BRT members continue to forcefully press to limit shareholders’ voice, and continue to lobby against reasonable regulations across the economy, it is difficult to view their recent statement as anything but a public relations ploy.

For decades, the shareholder proposal process has served as a cost-effective way for corporate management and boards to gain a better understanding of shareholder priorities and concerns, particularly those of shareholders concerned about the long-term value as well as the long-term impacts of the companies they own.  Neither the industry nor the SEC has presented any evidence that the rule changes are needed; the arguments that are presented by the trade associations are red herrings and highly exaggerated.  The SEC’s proposed rule changes are about making companies less and less accountable to shareholders and to the public. Anyone who is concerned about the deregulation of our economy and the concentration of corporate power should oppose these changes.

The proposed rule changes must be published to the Federal Registrar before the comment period can open, which could take up to 10 days. As soon as the 60 day comment period opens we will need as many investors to submit comments as possible. We will be reaching out in the coming days to help mobilize this response. 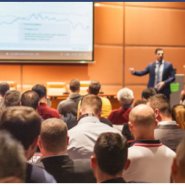