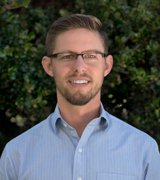 A century ago, the top three causes of death were infectious diseases. Today, they account for a few percent of deaths, thanks to antibiotics.

However, antibiotics are losing effectiveness due to reckless overuse in human medicine and in farm animal production. Antibiotics are administered by major food producers to livestock (chickens, pigs and beef) routinely to prevent disease because these animals are raised on “factory farms” in confined and overcrowded pens where viruses easily spread. Public health officials have been sounding the alarm about growing antibiotic resistance in humans as a result of their overuse in animals but the meat industry has been very slow to respond.

Now, investors are getting involved to correct the industry’s course.

Shareholder advocates have addressed antibiotic resistance for more than a decade with meat producers Hormel, Tyson, and most recently, Sanderson Farms, but these efforts greatly increased in 2015 with an expanded focus on restaurant chains including McDonalds, Darden, Wendy’s, Burger King, Yum Brands, Jack in the Box and Starbucks. As You Sow joined investors worth $1.4 trillion to call on several companies to prohibit non-therapeutic use of medically important antibiotics.

Companies that continue to drag their feet do so at their own peril. Consumer preferences are rapidly changing to prefer sustainable and safe food choices, even among populations not typically concerned with healthy eating, and companies offering antibiotic-free choices will have an advantage over their competitors. In a recent survey, 34 percent of customers said they would visit McDonald’s more often if it served meat raised without hormones or antibiotics. And last year, California passed a bill to restrict routine antibiotic use in farm animals. Meat producers and restaurants need to ask themselves whether they want to risk being viewed by consumers as the unhealthy alternative to brands moving towards more sustainable meat production.

Transitioning industrial farms to sustainable operations, especially for pork and beef, will require significant short-term investment, but it is necessary to safeguard human health and reduce systemic risk. We applaud corporate leaders, investors, and health advocates for tackling this challenge.