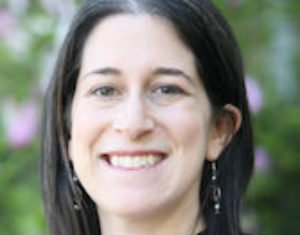 Rachel is T’ruah’s Deputy Director. Ordained in 2008 from the Jewish Theological Seminary, where she was a student activist and leader, she is a noted speaker and writer on Judaism and human rights, including speaking internationally on behalf of the U.S. State Department on the issue of human trafficking. Her writing has appeared on CNN.com, the Forward, the New York Daily News, the Huffington Post, and many other publications. Rabbi Kahn-Troster was named to the Jewish Week’s 2011 “36 under 36” for her human rights activism. She serves on the boards of the Alliance for Fair Food and and the Interfaith Center on Corporate Responsibility. She lives in Teaneck, New Jersey, with her husband, Dr. Paul Pelavin, and their daughters Liora and Aliza.