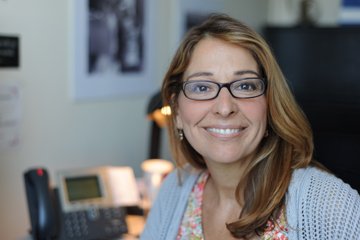 Susana joined the ICCR team as Director of Communications in February, 2010. She has over 11 years marketing and communications experience in the advertising industry on a wide variety of consumer goods and services accounts in the travel, food and apparel industries at Publicis Groupe and Saatchi and Saatchi, Inc. Susana credits her eight years expat experience in Europe and Latin America with instilling in her a sense of global citizenship and igniting a passion to work in the nonprofit sector. She has contributed to several nonprofits engaged in humanitarian and human rights work both overseas and in the U.S. including Ciudad de Nino (City of Children) in Santiago, Chile and most recently, Darfur Rehabilitation Project in Newark, NJ.

Susana considers it a privilege to help tell the ICCR story: “The remarkable history and integrity of the mission is what originally drew me to ICCR. But now that I’m a part of the team, what most excites me is learning how, on any given day, our member’s work is at the nexus of a changing corporate model we have long since taken for granted. As social justice advocates confronting a wide range of issues, ICCR members are helping “Corporate America” activate their collective conscience…and that is a game-changer.

Susana holds a B.A. in English and Rhetoric from S.U.N.Y. Binghamton and a Certification in Nonprofit Management from William Paterson University. She speaks both Spanish and German fluently and lives with her husband and two teenage children in Northern New Jersey.