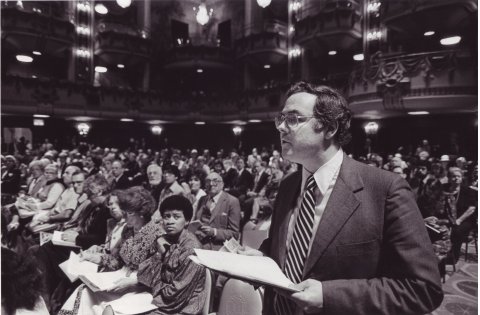 For Five Decades, A Faithful Voice for Justice

People of faith have consistently spoken out about the social impact of investments. Religious leaders of all faiths have long recognized how invested capital can bring about social change both by funding solutions and opportunities (impact investing) and discouraging practices and policies through the withdrawal/withholding of investments (screens or divestment).

But in 1971, the founders of our organization discovered a third, more nuanced and much more powerful investment strategy in attempting to respond to the human rights abuses occurring under the racist apartheid system in South Africa. 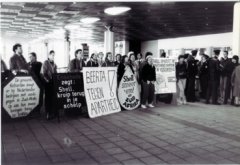 When founding member and lawyer Paul Neuhauser asked his pastor what his church could do to intervene on behalf of black South Africans his pastor responded "You are the Church." 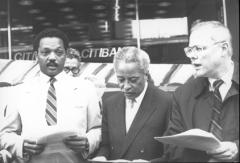 While earlier shareholder resolutions had been filed by individual investors like the Gilbert Brothers on governance topics, Paul drafted the first religious shareholder proposal with a social theme on behalf of the Episcopal church and filed it at General Motors in March of 1971: The proposal requested that until such time as apartheid was abolished, GM withdraw its business from South Africa. And thus, ICCR and the shareholder advocacy movement, was born.

Over four decades from ICCR's founding, shareholders around the world continue to join our ranks recognizing that, by acting in coalition with like-minded investors we are able to improve corporate practices on vital environmental, social and governance concerns and, in doing so,  build more sustainable, financially resilient companies. 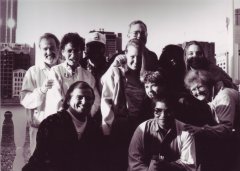 In the eight years since the publication of this history of ICCR, the field of responsible investment has continued its expansion with more and larger funds jumping on the ESG bandwagon. This has resulted in ever higher and, heretofore unheard of, majority votes on ICCR member proposals on a wide range of topics as clients increasingly demand socially responsible portfolio management from their fund managers.

Companies, specifically fossil fuel companies, must be held accountable for both their contribution to and failure to address the climate crisis threatening our planet. When drug prices continue to soar along with the pay packages of pharma CEOs making life-saving medicines inaccessible to more and more Americans, and when the unchecked marketing of dangerous opioids decimates communities across our nation, there must be a reckoning at health care companies. On questions of worker pay and safety in the manufacturing sector, predatory lending and fraud at financial institutions, and the civil and human rights risks of facial recognition software sold by ICT companies, ICCR members will continue to press the companies they own for more and faster progress. 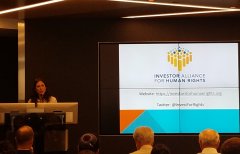 In May of 2018, ICCR launched the Investor Alliance for Human Rights, a global investor network driving corporate and investor human rights due diligence in alignment with the UN Guiding Principles on Business and Human Rights. The Alliance already comprises 137 institutions from 14 countries representing assets of US$3.5 trillion. We see this as further evidence that the lens of faith and human rights through which ICCR

Yet, at the same time that shareholder influence is growing, so is the pushback from corporations and their trade associations seeking regulatory changes at the SEC that will limit shareholders’ access to the proxy. But the floodgates, having been opened nearly 50 years ago by ICCR’s founding members, will not be closed as the growing demands for greater corporate responsibility are taken up by legislators, civil society groups, workers and the public. As we plan our 50th anniversary in October of 2021 we take stock and “admire the view”, knowing that ICCR is more impactful, relevant and needed than ever.members have always viewed their work is being mainstreamed in the investment community.

For more ICCR history,  Listen in to The Arc of Change: The ICCR Story (podcast). Episode 9 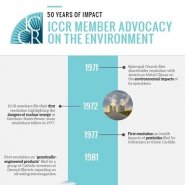 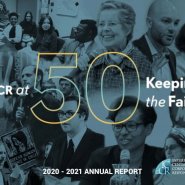 A Faithful Voice for Justice

A Faithful Voice for Justice

ICCR Members Tell the Story of Our Coalition

A Question of Values

The Connection Between Faith and Investing