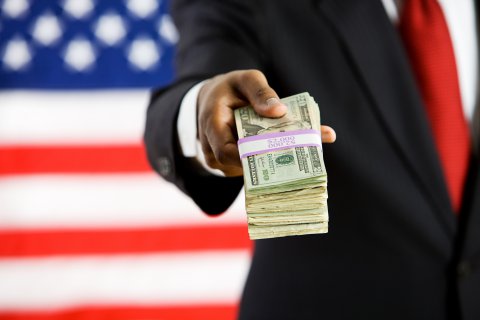 This year, our members negotiated a number of key agreements with companies to be more transparent about how they exert their influence over our legislative and regulatory processes via lobbying.

Miller/Howard persuaded Cheniere to publish an inaugural CSR report with details on its lobbying and political spending. Miller/Howard also persuaded AES to disclose its lobbying oversight process, including the roles and responsibilities of its various committees, and to also provide aggregate federal lobbying amounts. BlackRock agreed to disclose its trade association memberships, and added lobbying oversight to the charter of its Board’s governance committee.

Boston Common persuaded American Water Works to commit to enhanced lobbying disclosure. Nucor agreed to lower its threshold for public reporting of money given to a trade association to $50k, and improved its reported oversight and compliance of political disclosures and lobbying (Domini Impact Investments).

The Nathan Cummings Foundation persuaded Evergy to publicly disclose its spending on election candidates and parties, its spending to influence ballot measures, and the names of 501(c)(4) organizations, trade associations and chambers of commerce receiving its payments