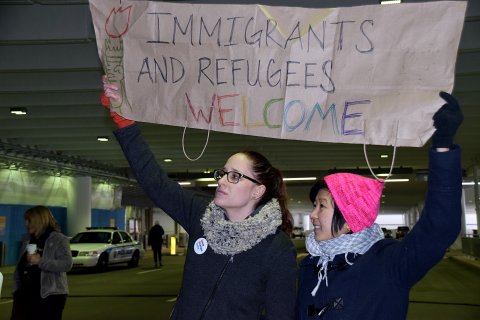 The Trump Administration's “zero-tolerance” immigration policy has become one of the most high-profile and contentious human rights issues facing the U.S. The resulting detention of undocumented immigrants and asylum-seekers, especially the separation of minor children from parents entering the U.S., has spurred widespread debate regarding potential human and civil rights violations. As of September 2018, 12,800 children had been detained, a massive increase from the 2,400 detained as of May 2017.

On December 18, ICCR members announced the launch of a corporate campaign targeting a group of seven companies across the private prison, e-commerce, banking and defense sectors, deemed at risk for human rights violations as a result of government contracts that support President Trump’s “zero-tolerance” immigration policies.

See the campaign's other actions

Read our Guidance on Human Rights Due Diligence